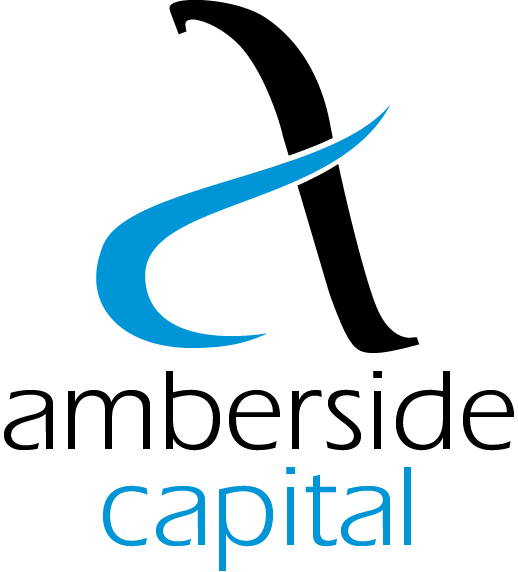 Amberside Capital is the retail fund management arm of the Amberside Group.

Amberside Capital sources, structures and evaluates investment opportunities to suit the requirements of our investment partners.  The organisation builds on the experience of its founders in the infrastructure and renewable energy sectors, and has partnered up with experts in their fields to bring an experienced and credible team together for Investors across the full suite of offerings.

Amberside Capital's ethos is to bring the rigour and best practice of institutional fund management to retail investors.

David founded Amberside Capital with David Lomas. David co-founded execution only brokerage firm Clubfinance in 2002 which he sold to Wealth Club in 2018. Clubfinance was the agent for over £200 million of EIS and VCT client assets and at the time of sale was one of the largest VCT brokerages in the UK. David co-founded the advisory and financial modelling boutique, Amberside Advisors in 2004. Amberside Advisors employs over 30 people and delivers over 200 advisory and financial modelling mandates a year. David has an MSc in Management Science and Operational Research and a BSc in Economics, both from Warwick University. He is also a Fellow of the Institute of Chartered Accountants for England & Wales and a London Liveryman.

David founded Amberside Capital with David Scrivens with whom he has worked closely since 2007. Prior to founding Amberside Capital, David gained valuable investment experience at Oxford Capital, Big Society Capital and Barclays Private Equity. David gained important insights into the dynamics, risks and success factors of early stage investing as the founder of tech start-up which created a buyer lead platform in residential property. David has been a director on over 23 investee companies. He has an MA in Economics from Edinburgh University.

Dan has a background in financial modelling, having previously worked at Amberside Capital's sister company, Amberside Advisors, from 2012. He has previously valued assets for listed funds and led on several financing transactions including a £210m refinancing for a listed entity. Dan ensures institutional rigour is followed through financial due diligence. He is a member of the Chartered Institute of Management Accountants and has a Mathematics degree from the University of Warwick.

Sterling Suffolk is a technologicaly advanced hydroponics glasshouse based near Ipswich that grows premium tomatoes. Phase 1 of the construction was completed in December 2018, and there is a 5-year contract in place to sell the entire crop grown to SunCrop, who are a distributor of tomatoes, peppers and cucumbers to a number of supermarket chains in the UK. They have been a strategic supplier of one premium supermarket chain in particular for 25 years and the plan is to sell the entire yield grown to them. Sterling Suffolk has attracted a lot of press attention, with the BBC, ITV, Daily Mail and The Times, all writing features about it.

Stashbee is a company that aims to disrupt the storage sector by using a platform to better meet the needs of those that have spare space (“hosts”) and those that require flexible storage solutions (“guests”). It has grown very quickly since its launch, and now offers over 1 million square ft of space, making it the 6th biggest provider of storage space in the UK. If they carry on this trajectory, they will be the biggest provider of storage space in the UK by the end of 2020. They also recently signed up Uber Jump as a customer, renting out storage space to store bikes and bike parts for the growing Uber Jump network of on-demand electric bicycles.

SeeQuestor have developed powerful video analytics software designed in consultation with leading British police teams. It enables anyone who needs to analyse CCTV images to do so 100x faster than conventional methods. SeeQuestor is unique in that it includes face, body and salient attribute recognition, and indexes each video to allow for fast review and search. It can be integrated with existing CCTV networks meaning that there does not need to be an overhaul of existing infrastructure.

Phasor have developed a new mobile antenna that allows moving vehicles to send and receive radio signals, meaning internet access at 30+ Mbps anywhere in the world. Phasor has now secured $300m worth of contracts, and will be using the money raised to finish a software upgrade and supply these contracts.

Virti Health Ltd is an interactive Virtual Reality and Augmented Reality training provider for the medical sector and beyond. Virti are revolutionising the delivery of previously costly and cumbersome training, and have signed deals with some of the biggest teaching hospitals in the UK and USA. They have significant contracts agreed with the NHS, Alder Hey Childrens Hospital, the Texas Medical Centre in Houston, and have plans to expand their marketing efforts to strike deals with other major partners.

Radio Physics have developed hardware that can detect and identify concealed weapons on people from a distance of 100 feet. This allows security perimeters to be covertly extended away from protected sites. The initial focus is to install the hardware at school and religious sites in the US and border control in Asia, with further potential uses being at entertainment venues, stadia, hotels, transport hubs, and military facilities.