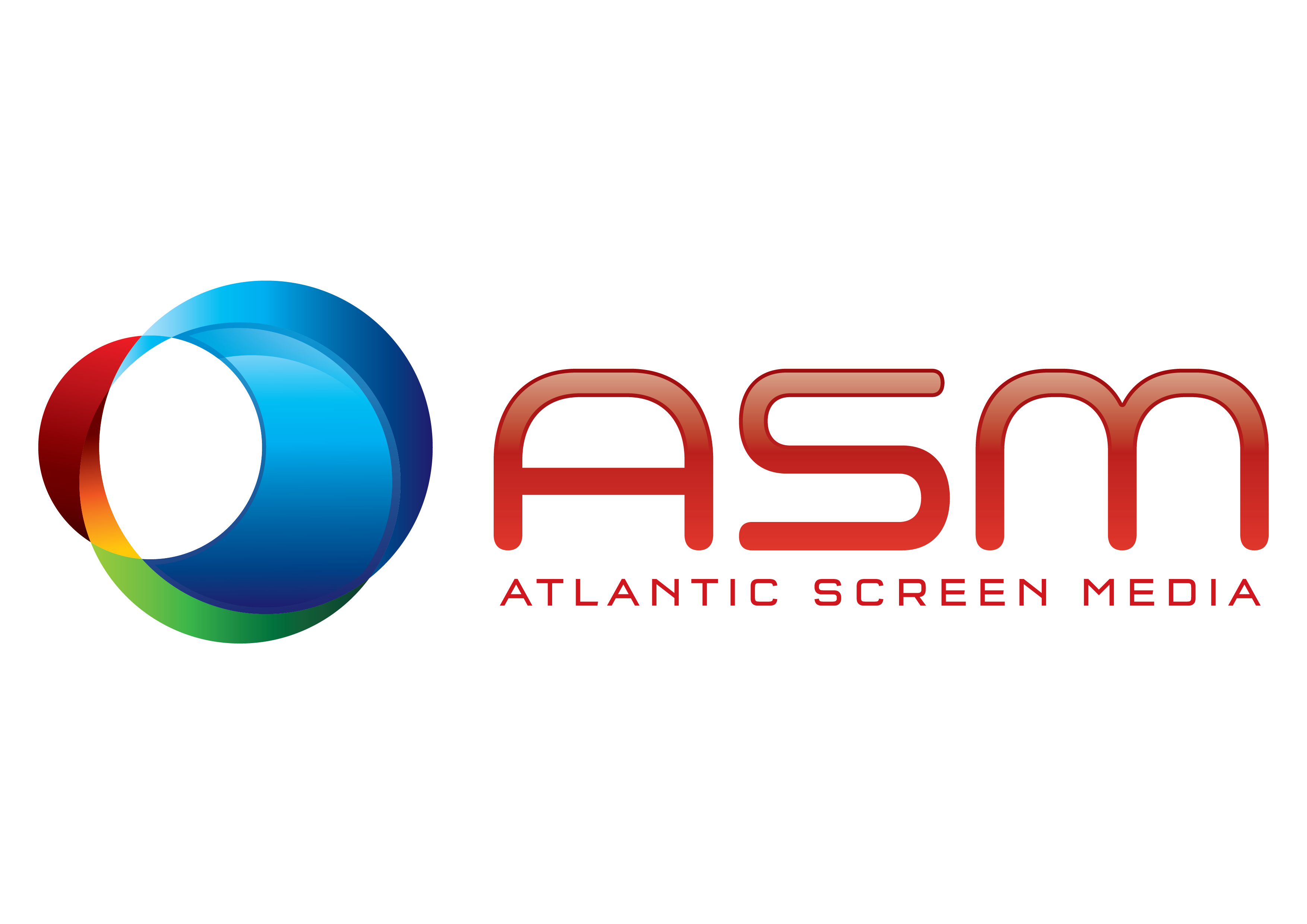 Investments on this site put your capital at risk and are for experienced investors only. Learn more

Atlantic Screen Media invest in Media IP, this year has been a strong year for their current investee companies, one of which is investing in Film music and the other in developing comic book IP. Both have benefitted from the increasing level of entertainment streaming, through demand for additional content ideas much of which is generated from comic book IP and through the watching of film content which generates music royalties for our company. Up to the end of this tax year we will continue to raise EIS investment for both investee companies.

The Atlantic Screen Media EIS Fund invests in EIS-qualifying companies operating in the media and entertainment industries. Initially the Fund will focus on three clear segments – Music Scores for Film and Television and Comic Books. Other sectors, such as Video Games, may be included at a later date. Investor subscriptions will be used to subscribe for shares in companies operating predominantly in these segments of the industry.

The target return is for illustrative purposes only and is based on the Directors’ forecasts and assumptions for growth in revenue and costs, which are in no way guaranteed. These forwardlooking assumptions involve known and unknown risks, uncertainties and other factors that may cause actual results to be materially different from those expressed or implied, and should therefore not be relied upon as they are not a reliable indicator of future performance. Investment models are available on request.

Atlantic Screen Media EIS Fund was established in 2017 to provide Investors with the opportunity to invest in the Intellectual Property of a broad range of media companies. In the last 3 years the Fund has invested in AS Comics Ltd, a comic book development company, and in Raven Scores Limited, a film and television music scores business. It is intended to include a gaming business at a late date.

Our aim is to focus on creating portfolios for Investors which have asset backing and solid income streams, whilst also benefiting from favourable tax reliefs which are supported by the UK Government. 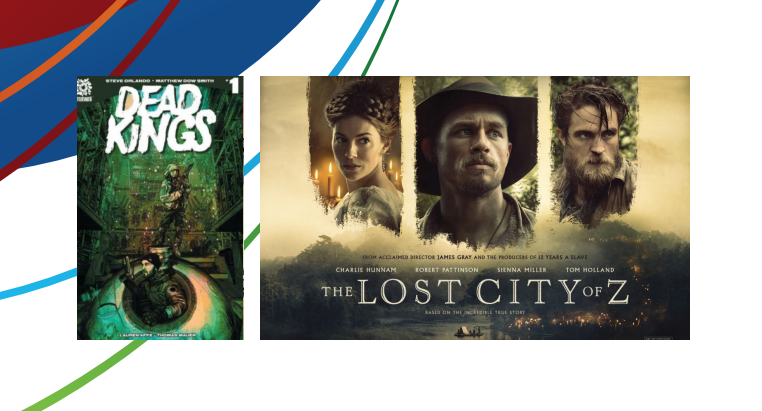 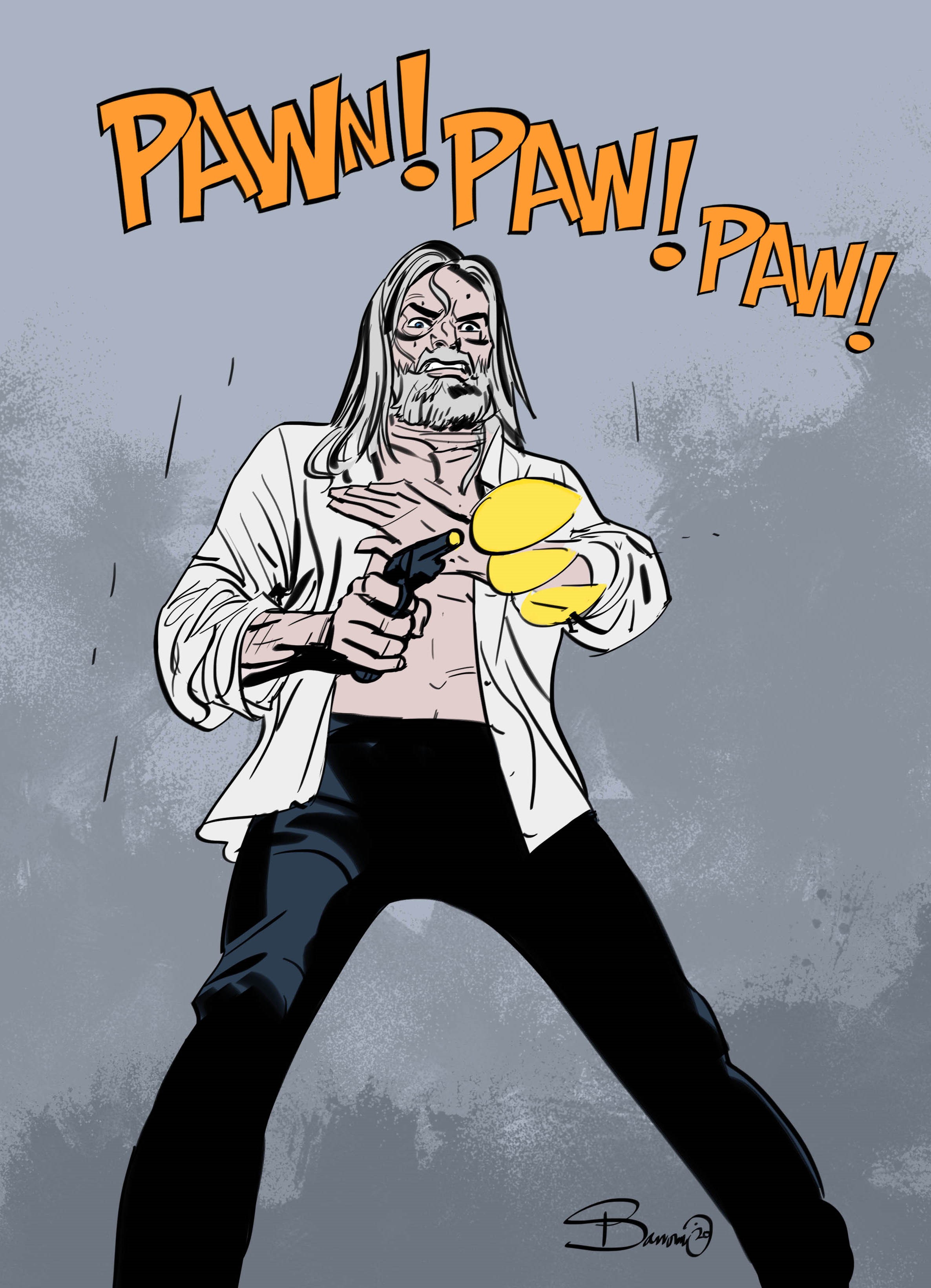 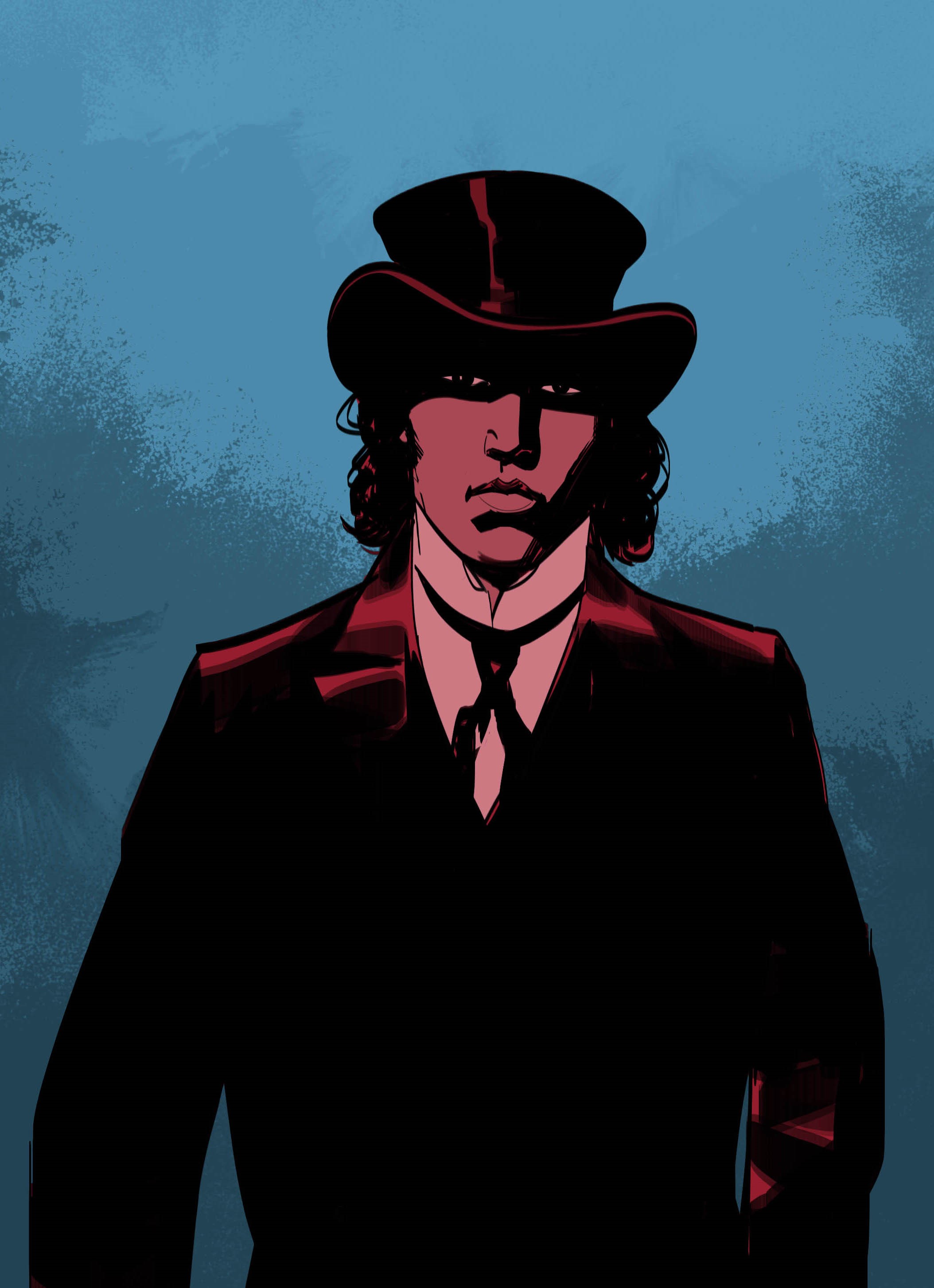 The Atlantic Screen Media EIS Fund is a discretionary managed service that uses the expertise of its Investment Consultants and their advisers to provide compelling investment opportunities that meet the strict EIS investment criteria.

Our service will invest into EIS qualifying companies including comic book companies, music publishing companies or television production and distribution companies. We have chosen companies that we believe are at the forefront of the focused sector that they specialise in.

AS Comics Ltd, aftershockcomics.com has been established for the purpose of developing new comics for exploitation in the global comic market. Initially published as traditional comic magazines, the executives will then look to license the rights for use in developing TV series and Films.

AfterShock is led by a team of highly accomplished, life-long comics professionals and entertainment specialists and is dedicated to working with the brightest stars in the creative community to reach out to new and established audiences and tell original, uniquely compelling stories – through comics, graphic novels and beyond.

Raven Scores Limited (RS), has been established for the purposes of creating intellectual property in the form of original commissioned music for film and television. RS will work with producers to develop new music for film and television productions by contracting with established composers to create these music Compositions. It will concentrate on developing scores for mainly U.S. and British productions.

The majority of music created will be score music for films and television. RS will own the intellectual property and music publishing rights in the composed songs and music from origination and will retain ownership of the copyright created. It will collect music royalties generated from the broadcast of the film or TV show, and from a fractional share of box office receipts created by way of broadcast and cinema theatrical performances, and also exploit the ownership of these music Compositions by way of releasing soundtracks and licensing the music for use on adverts and other synchronisation opportunities that arise e.g the selling of the music for use in film trailers.

RS intends to invest in producing music for films and TV series, concentrating on larger budget Hollywood films ($20m+ budgets), which typically generate the most attractive royalty returns. An average production cost for music per film would be £100,000.

• sale of film soundtracks; and

The proportion of funds invested in each underlying company will be determined at the discretion of the Investment Consultants and will be dependent on the amount of funds raised from outside investors.

Simon is the Chief Executive of Atlantic Screen Music, and a partner in Empyre Media. Empyre Media has successfully invested in a series of Hollywood studio films including the Oscar winning The Revenant, Lone Survivor and Two Guns.

Previously he was the Chief Executive of Aramid Capital Partners, which managed a $250m Fund specialising in Entertainment Loan Finance, and funded more than 30 films, and has successfully funded the expansion of the leading East European Distributor, A Company, and the successful US stage theatre company, Broadway Across America. Simon was previously the Finance Director of Pathé Entertainment, and was actively involved in the growth of Pathé from a small independent UK distributor into an international production and distribution studio operation.

Simon qualified as a Chartered Accountant with KPMG.

Steve Orchard is a graduate of the University of Oxford. He became a radio presenter and rose through the ranks of GWR Group becoming Programme Director and PLC main Board Director following the company’s flotation on the Stock Exchange. His successes include the relaunch of Classic FM in 1997 and the creation of the UK’s first national commercial radio station Planet Rock.

He was a non-executive director of Independent Radio News and UK Top 40 Ltd, and became a member of the Sony Radio Awards committee and Brits judge.

Steve was promoted to the main Board of the industry’s largest PLC, GCap Media in 2005. In 2009 Steve incorporated Quidem Ltd. and became the company’s first CEO, immediately acquiring five radio stations in the West Midlands and then adding a sixth station in 2010.

William is a lawyer, senior executive and corporate strategist with nearly 20 years’ experience in international corporate finance. He began his career with magic circle law firm, Allen & Overy, where he specialised in international mergers and acquisitions across the media and other sectors. He then worked in the corporate finance team of leading UK law firm Burges Salmon LLP before moving into industry. He was Chief Operating Officer of Helius Energy plc where he oversaw the development of the company’s projects and, as acting CEO, led the successful sale of its assets to an infrastructure fund.

He has subsequently sat on the board of a number of SMEs in the energy, tech and media sectors, is the founder and managing director of strategy consultancy, IHL, and continues to practice law as a London based partner at Temple Bright LLP.

The Fund Manager will look for an exit in years 4 to 5.

1. For music content this is expected to entail the sale of the catalogue or the companies themselves to a major music publisher or to Atlantic Screen Group

2. For the comics the IP’s is expected to be sold to a major comic book company or to the likes of Netflix, Amazon or Facebook for future exploitation of the IP.

In order to retain the EIS tax reliefs, Investors must hold Shares for at least the Three-Year Period. Although the actual timing may differ, the target life of the Fund is therefore up to the summer of 2024 and no Investor should invest if they might need access to their capital before the summer of 2024.

In the event of a request to exit early, the Fund Manager will cooperate with an Investor wishing to sell their Shares, but Investors should be aware that there is no market for such Shares, and they are not readily realisable. Even in the event that a buyer can be found by the Investor, the Investor may have to accept a significant discount on their Shares in order to realise their investment early. Note that Shares must be held for a minimum of three years to retain the initial income tax relief.

The Fund will invest in small unquoted companies. Such companies, by their nature, pose a greater investment risk than other companies. There is no market in the Portfolio Companies’ shares, which means that the Investments within the Fund will not be readily realisable. The realisation of such Potfolio Companies may not happen at all. Investors should consider an investment into the Fund to be a medium to long term investment.

All fees payable to the Fund Manager are disclosed in the IM and the amount of each charge is specified where possible. Other than as set out the Fund Manager and the Investment Consultant will not charge any additional administrative, service, dealing or exit fees to the Fund or to the underlying EIS Companies in which it will invest.

Fees payable by the EIS Companies, and not by Investors directly, will, in effect, reduce the returns generated by the EIS Companies for Investors. Any unpaid fees due to the Fund Manager will be recouped from any proceeds of the sale of investments. In addition to the below, there may be appointments to provide additional services to the Fund, which if incurred will be at the expense of Investors.

Whilst the investment strategy of Atlantic Screen Media EIS Fund has been designed to attempt to reduce risk, investment in EIS Funds involves a high degree of risk. Full details of the risk factors can be found on pages 29 – 32 and must be considered carefully before deciding whether to invest. Past performance is not a guide to future performance and may not be repeated.

The value of investments can go down as well as up and you could lose part, or all of your capital invested. An investment in the Fund should be considered a medium to long term investment and the investments made by the Fund are likely to be illiquid. Tax reliefs received are subject

To digitally invest in this opportunity, review the documentation and start your application below.

Start application
The content above has been provided by Atlantic Screen Music, an Appointed Representative of Kin Capital Partners LLP who are authorised and regulated by the Financial Conduct Authority under firm registration number 656789.